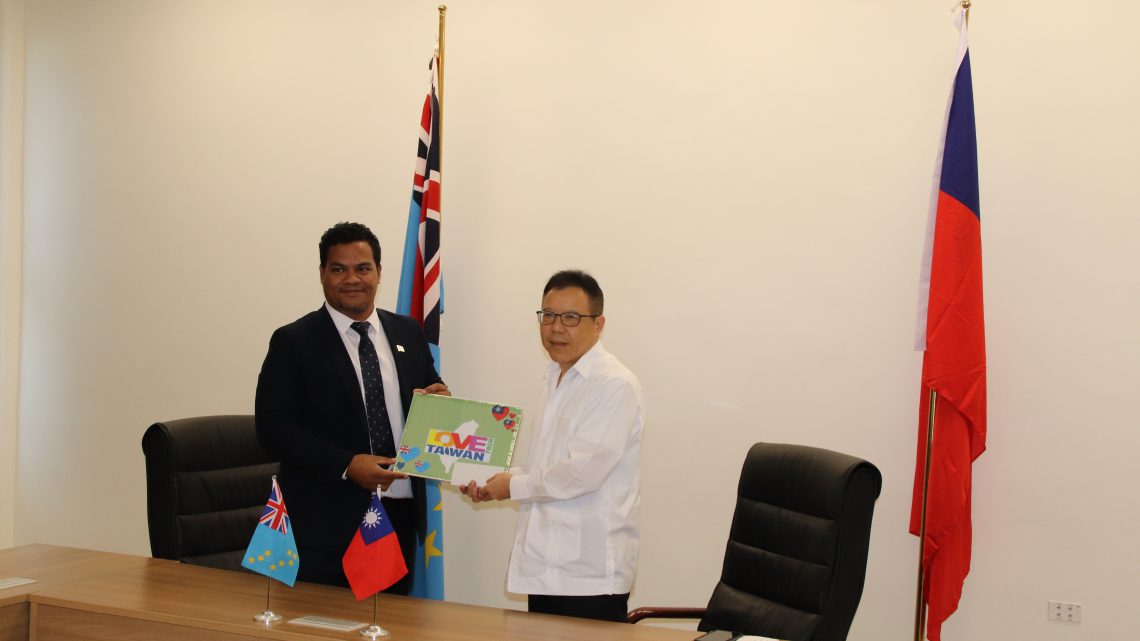 On Friday 25 November 2022 at the Tomasi Puapua Convention Centre, Taiwan Ambassador to Tuvalu His Excellency Andrew Tung-Heng Lin presented a cheque of AUD$1,290,595.00 to Honorable Minister Simon Kofe MP on behalf of the Government of Tuvalu, to support Tuvalu Telecommunications Corporation in its 4G coverage.

The handing over of the 2nd installment 4G/LTE project that is funded and provided by the Republic of China(Taiwan) to Tuvalu, will focus specifically on the islands of Vaitupu, Niutao and Nanumea. The 1st phase of this project is expected to be completed by the end of this year 2022.

Thanks to Ambassador Lin and #Taiwan, Tuvaluans and foreigners residing in Tuvalu will have better access to telecommunication services. Honorable Minister Simon Kofe stated in his remarks that this project will not only provide internet access to the people on the outer islands but also improve business opportunities. This will also help educate people as Tuvalu moves to being the first #digitalnation. This Digital Nation initiative was launched and announced at COP27. The Minister also acknowledged Ambassador Lin’s ICT background and with this development, we hope to se more bilateral agreements between Taiwan and Tuvalu.