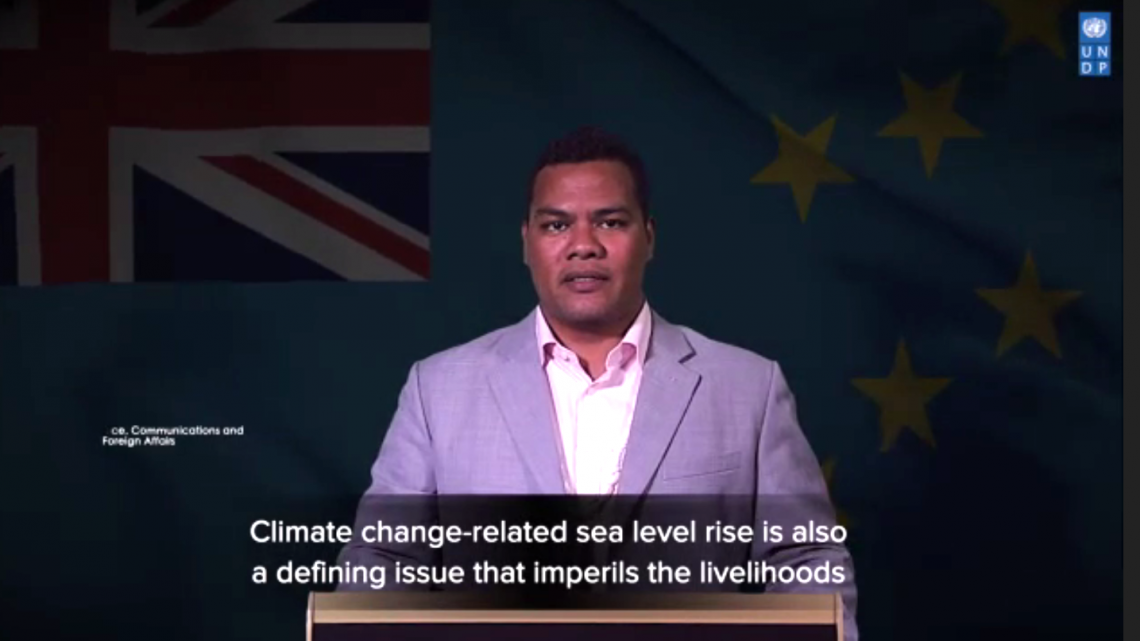 This morning, Hon. Minister Simon Kofe participated in the Pacific Climate Security Dialogue in New York City via pre-recorded message! In his statement, the Hon. Minister discussed the implications of sea-level rise, which include inundation of baselines; reduction of maritime zones; and potential loss of territory, sovereignty, and jurisdiction, and the far-reaching consequences these implications are having for the Pacific region, its peoples, and their survival! The Hon. Minister was joined during the event by the Secretary General of the Pacific Islands Forum as well as other distinguished guests and speakers!