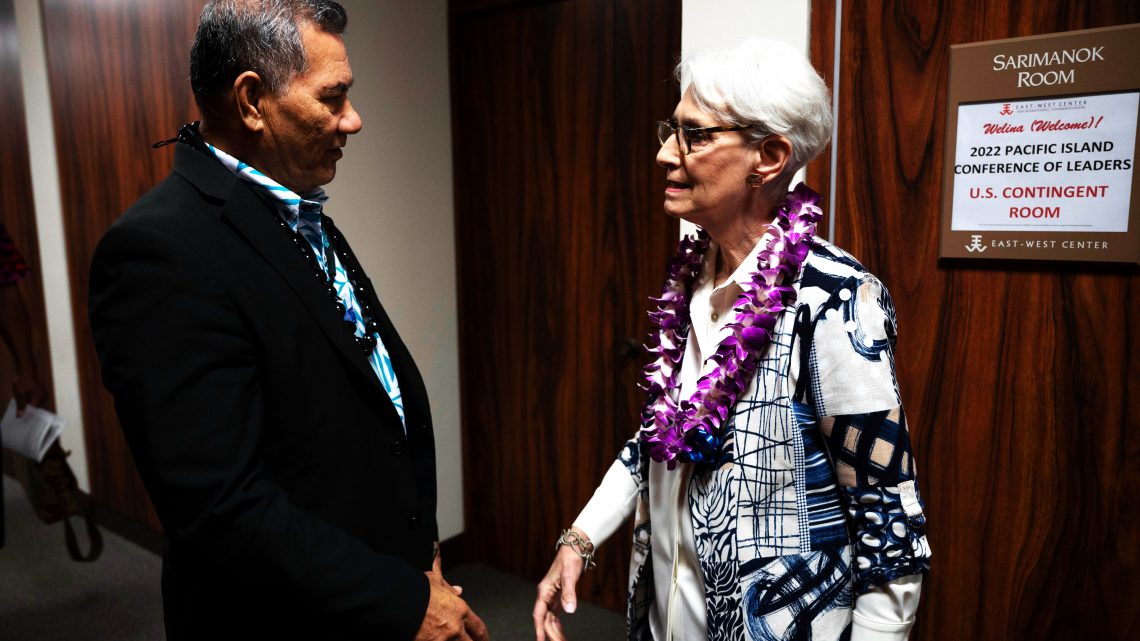 This week, Hon. Prime Minister Kausea Natano met with United States Deputy Secretary of State Wendy R. Sherman while he was in Honolulu, Hawai’i to discuss shared priorities for the Pacific region! The Hon. Prime Minister discussed with the Deputy Secretary regional concerns, including addressing the climate crisis, while the Deputy Secretary commended Tuvalu for its unwavering support for Taiwan and reiterated the United States’ support for a strong and unified Pacific Islands Forum! The Ministry congratulates the Hon. Prime Minister on his successful meetings in Hawai’i and looks forward to his upcoming engagement at the UN General Assembly after his attendance at the Funeral Service for Her Majesty Queen Elizabeth II!