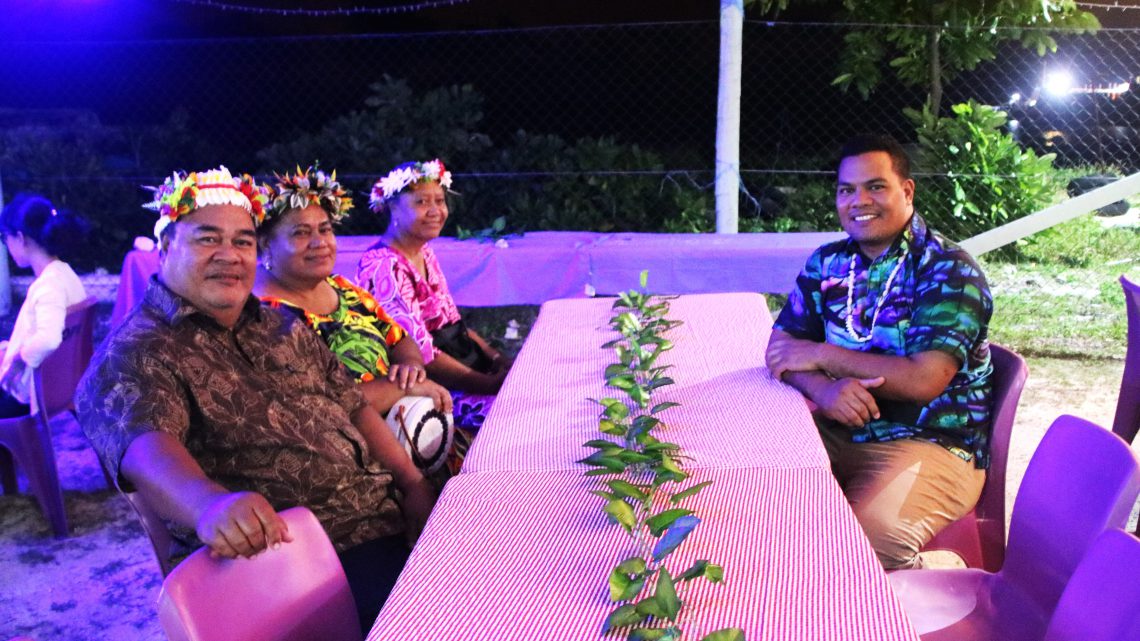 Last night, the Hon. Acting Prime Minister Simon Kofe hosted an appreciation dinner in honor of Tuvalu’s Former High Commissioner to New Zealand Mr. Paulson Panapa and Former Ambassador to the Republic of China (Taiwan) Mrs. Limasene Teatu! Both Mr. Panapa and Mrs. Teatu returned to Tuvalu recently after serving illustrious careers both in the civil service in Tuvalu and abroad as diplomats! The Hon. Acting Prime Minister, the Ministry’s Secretary Dr. Tauisi M. Taupo, the High Commissioner of Australia to Tuvalu, the Acting Ambassador of Taiwan to Tuvalu, and representatives from throughout the Government and the Ministry were pleased to have the opportunity to recognize Mr. Panapa and Mrs. Teatu for their tremendous efforts on behalf of Tuvalu! The Ministry congratulates Mr. Panapa and Mrs. Teatu for their unwavering service and numerous achievements and thanks the Hon. Acting Prime Minister for hosting last night’s event!