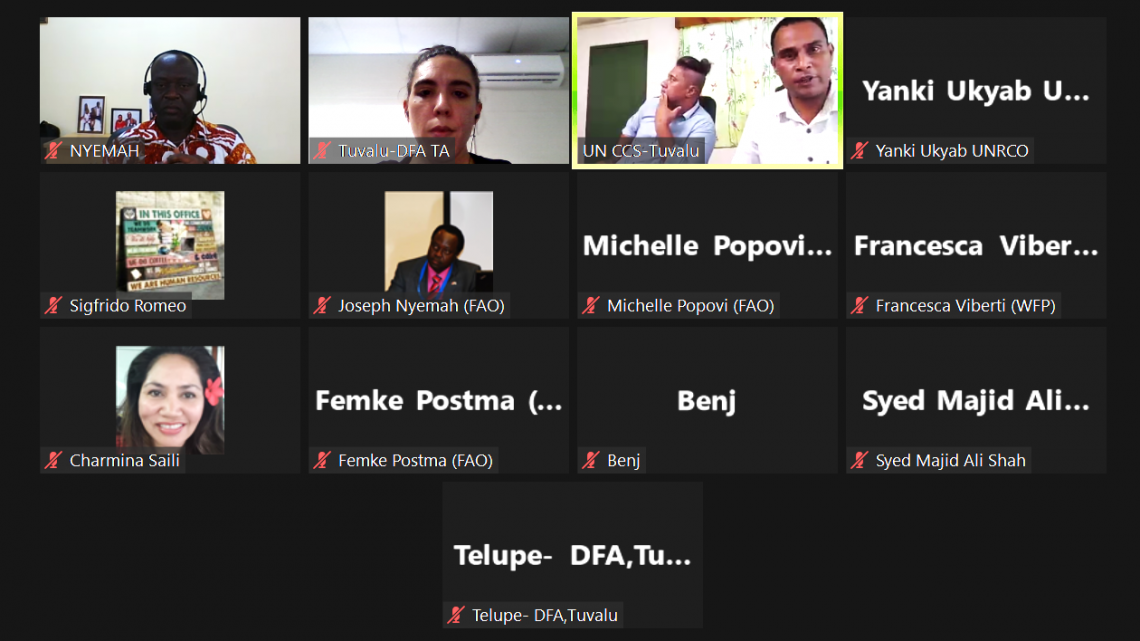 Yesterday, the Ministry’s Acting Secretary Ale Ioane led consultations with United Nations agencies, including the Food and Agriculture Organization; the Ministry’s Department of Foreign Affairs; and the Department of Agriculture under the Ministry of Local Government and Agriculture on a short-term project proposed to counter the effects of the war in Ukraine on food security! During the consultations, both Ministries were briefed on the project and provided comments and suggestions toward improving project implementation! The Ministry looks forward to raising the project with Tuvalu’s UN National Steering Committee, which is chaired by Hon. Minister Simon Kofe, for their further views and perspectives!