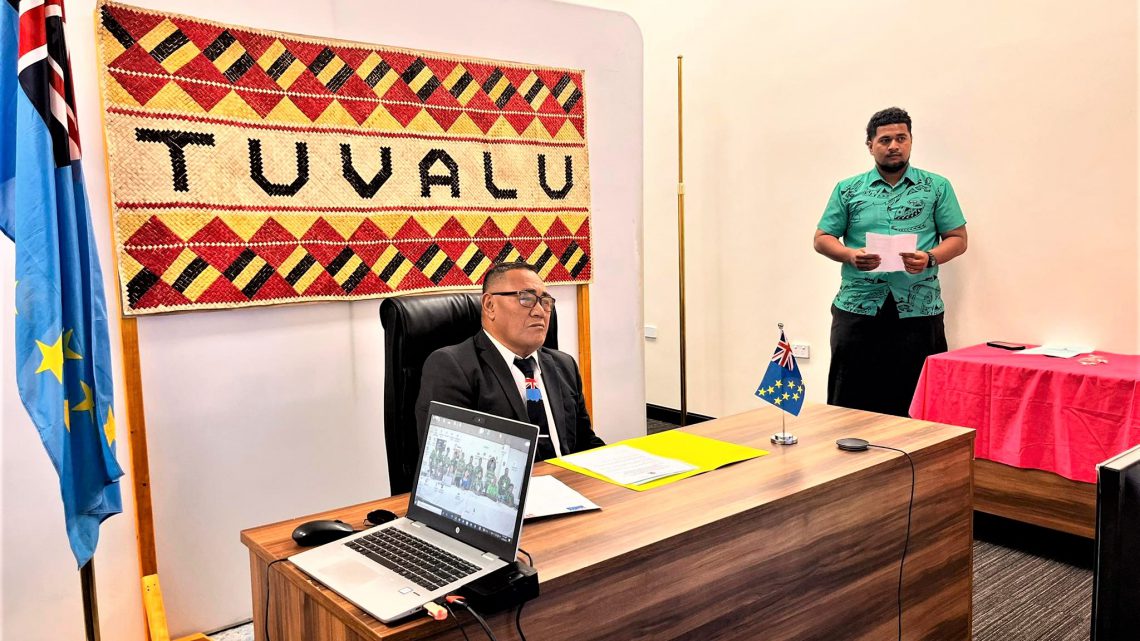 Yesterday, H.E. Dr. Zsolt Gabor Hetesy and H.E. Mr. Paul Gulleik Larsen presented credentials to the Governor General of Tuvalu H.E. Reverend Tofiga Vaevalu Falani to become the non-resident Ambassador of Hungary to Tuvalu and the non-resident Ambassador of the Kingdom of Norway to Tuvalu, respectively! The virtual ceremony was opened with a word of prayer by Reverend Alefaio Honolulu, and the presentation of credentials was undertaken in the presence of diplomats from the Tuvalu High Commission in Wellington, Ag. High Commissioner Mrs. Puaita Etuati and First Secretary Mrs. Simalua Enele! The Governor General of Tuvalu congratulated both Ambassadors on their new appointments and thanked the Governments of Hungary and the Kingdom of Norway for their continuous support of and strong friendship with Tuvalu! The Ministry would like to thank the Office of the Governor General of Tuvalu, the High Commission of Tuvalu in Wellington, as well as the Ministry’s Protocol Division under the Department of Foreign Affairs, the Tuvalu Telecommunications Corporation, and the ICT Department for facilitating a successful Presentation of Credentials!